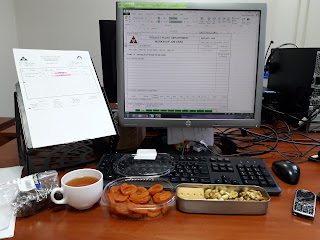 Haven't done much of anything new at work. Went to the site Saturday to witness the partial dismantling of a passenger lift, the kind that takes people up and down in a steel cage. Not so interesting really, but good to see how the system worked. The huge crane on top of the building was used to hoist down large pieces of the track utilized by the passenger hoist. So that was cool to see in action.
Hashem and I walked up and down a few levels in one of the buildings on site, and kinda just explored and looked at some of the final equipment being installed, such as air handlers and flooring panels. Today, I'm back at site and walked around most of the site, breaking in my new boots that I got from the bazaar yesterday. 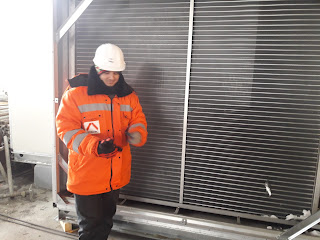 Sunday, yesterday, Iyad and I went and got said boots at the same bazaar we had visited before. 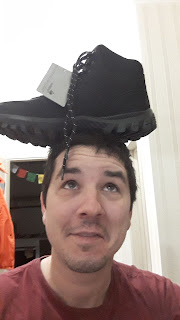 Afterwards, we wandered for a bit, looking for a place to eat and drink a beer or two. We stumbled upon a place called shashlikoff, perfect! 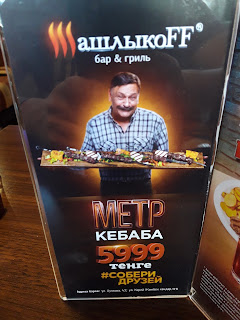 We didn't even know what we were getting into. The place offered beers brewed on site, and special meter long platters of meat and veggies. We had a beer to start, ate some fried cheese, and then ordered way too much food. You can see in the picture, the meter long board of food didn't even fit on the table. 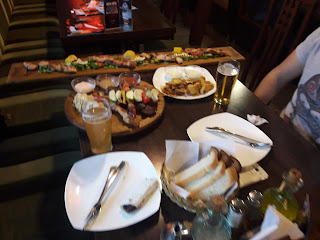 So, after we feasted, we walked a bit to a bus stop, and headed home. 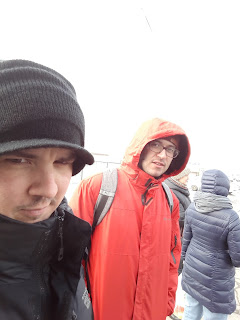 I'm going to NY to visit my sister in the end of March, and I'm really looking forward to that. Until then, this Wednesday is a holiday, women's day. So we're off from work! I'll probably go and get some dinner somewhere. Also, St Patrick's day is coming up, so I've got an Irish pub picked out to go to. :)

I've also been cooking at home somewhat frequently, trying to always have something in the fridge. 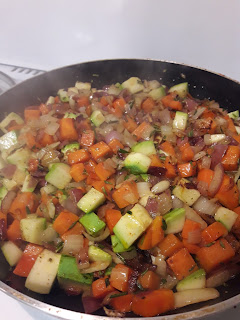 I found some of the most AMAZING cheese at a store called Galomart. It's a cheese called chechil, and this particular type is smoked. 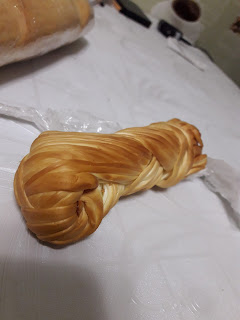 It literally tastes like someone rolled it in a campfire and it's so amazing! Also got some more wine for myself, as sometimes it's nice to have a glass with some cheese at dinner, or anytime really. 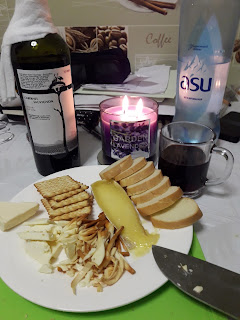 Apparently peanut butter is not something very common here, although I found it in Galomart for $9 per jar, and it's super cheap processed stuff. So no thanks, I'll bring some back from the US. 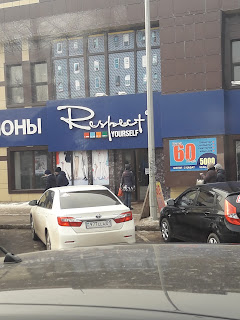 I also found some quinoa at the same store! Which is kinda a big deal for me as I've been unable to find it, and it's a food I like to have around to mix with veggies or beans or chicken.
So, not much has changed yet, and I'm just trying to learn as much as I can for now. I'll do my best to keep the updates coming!
Ciao. 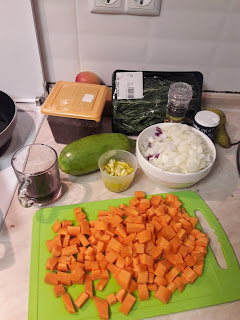 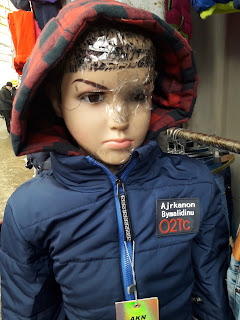 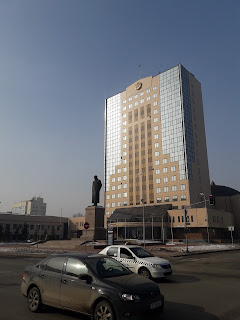 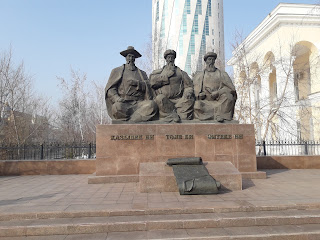 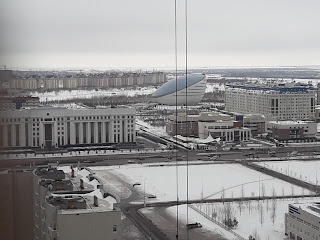